These easy two-ingredient chocolate spiders are something I remember from childhood parties. I thought they were pretty great back then, and they’re still absolutely awesome today.

In fact, I think they’re even better now because not only do they taste a treat but now I know how absolutely simple they are to put together.

Two ingredients to make them and two words to describe the method. Easy. Peasy.

First, you’ll need chocolate. One hundred and eighty grams of it.

These yummy little treats are best made with good quality milk chocolate. I used a family block of Cadbury chocolate here.

And it’s not just for the taste that I recommend good quality chocolate. It’s also to get that lovely glossy finish that makes these spiders so delicious looking.

I found this Chocolate Spiders Recipe from 1939 in Sydney’s The Sun newspaper. You’ll see it contains a third ingredient: paraffin wax.

Yes, adding edible paraffin wax to chocolate gives it a gloss and helps it retain shape once set.

However, I don’t have edible paraffin wax in my pantry and I just don’t fancy using it in cooking.

Thankfully, when you use good quality chocolate you can get the gloss by “tempering” the chocolate instead of adding wax.

Now this might sound a little fancy and complicated, but it’s not. And the easiest way to temper chocolate is in the microwave.

You simply need to make sure the chocolate is broken into pieces and then melt it using 20 second bursts in the microwave and stirring between each burst.

You can find out more about tempering chocolate here.

The other thing you might notice about the old-fashioned recipe above is that the second ingredient is a little different. The 1939 recipe calls for crushed cornflakes rather than fried noodles.

Chang’s Fried Noodles have been around a long time, since 1968, but clearly were still a long way off back in 1939.

The crunch factor and taste of the fried noodles make the spiders special, in my book at least, but cornflakes were used back then and would still be a good substitute today.

So apart from the cornflake/noodle substitution idea I mentioned above, some people also like to add a couple of tablespoons of peanut butter to the melted chocolate. I prefer this Chocolate Spiders without peanut butter recipe, so have stuck to the two ingredients here.

I do like to get a little creative, though. So for special occasions you might like to have some fun decorating your your spiders. Think sprinkles, sparkles and – for halloween – edible scary eyes.

Store your Chocolate Spiders in an airtight container in the fridge for up to 2 weeks.

You could also freeze these and they should last a few months. Thaw before enjoying. 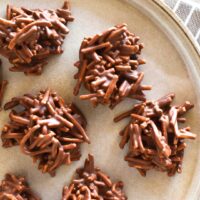 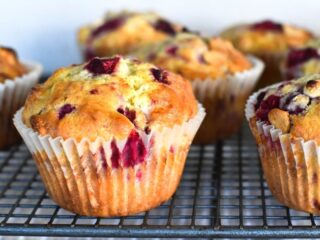 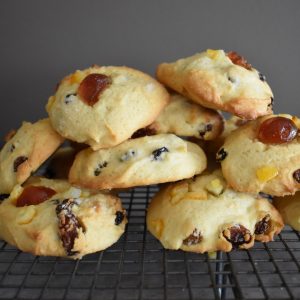 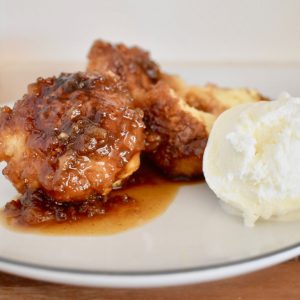 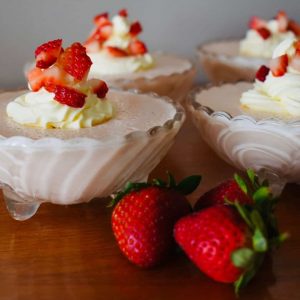