It’s often steaming hot in Australia on Christmas day, but the traditional Christmas pudding – served hot with custard – is still on plenty of Christmas dessert menus.

Christmas Pudding: memories by the mouthful

The first mouthful transports me straight back to my early Christmases, sitting around fold-up tables with my cousins at my Nan and Pop Mac’s house.

I have so many lovely memories of these magical Christmas days, and I can still see Nan pulling out the huge pudding wrapped in its cloth from the pot of boiling water.

I’m sure many of my cousins only ate the pudding to try and find one of the sixpences which had been pushed into the pudding (and would be swapped for a modern-day coin by Nan).

But I always savoured the pudding itself, served with a generous amount of custard.

Christmas pudding, also known as plum pudding, is a Christmas tradition from the UK.

It apparently originated in the 14th century then fell out of favour before being brought back into vogue by King George in the early 1700s. Thanks, King George!

And thanks also to the ancestors who brought this tradition across about 17,000 kilometres to Australia, and then persisted with it despite it not really fitting with the local climate. 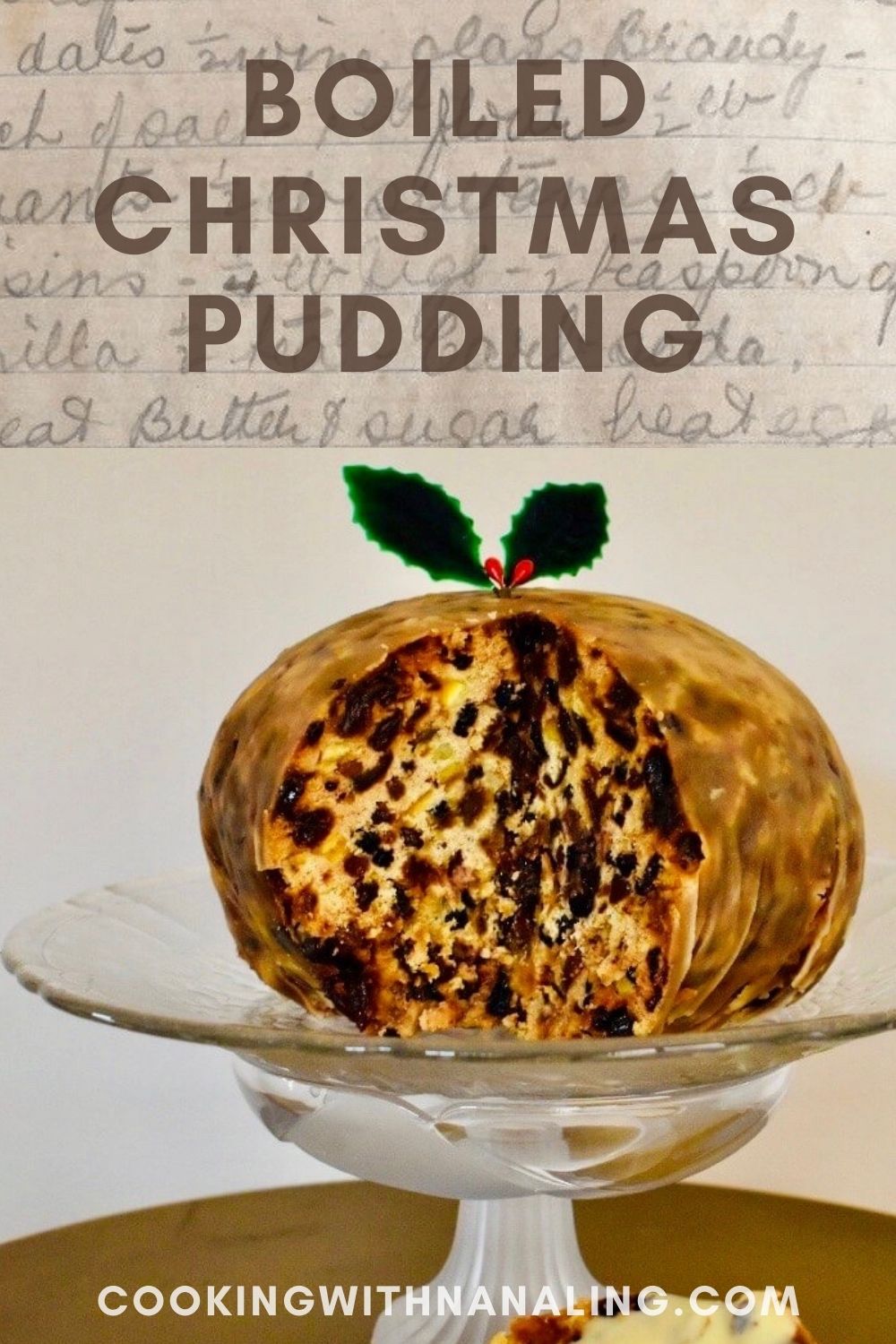 Just as I remember wonderful Christmas days with my Nan and Pop Mac, my mum remembers her early Christmases with Nana Ling (Nan Mac’s mum). She recalls their hot Christmas lunch prepared in a wood fuel stove (sans air conditioning!).

She often talks about Nana Ling’s Christmas cake decorated with tiny silver cachous, and the dusty floorboards of Nana Ling’s house on a property near Maitland.

A year ago, just before Christmas, was the first time I pulled out Nana Ling’s handwritten recipe books to have a go at cooking up one of the recipes.

I found this plum pudding recipe and uploaded it, along with my first successful attempt at cooking a plum pudding, to Instagram. It was then that the idea for this blog started to grow.

I’m so pleased that I’m cooking this pudding again this year and adding it to my growing collection of recipes on the blog. Our weekly newsletter will help you find your sweet spot in the kitchen! 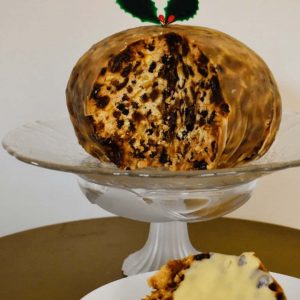 Here you’ll find classic Australian recipes, all cooked up with a pinch of nostalgia.